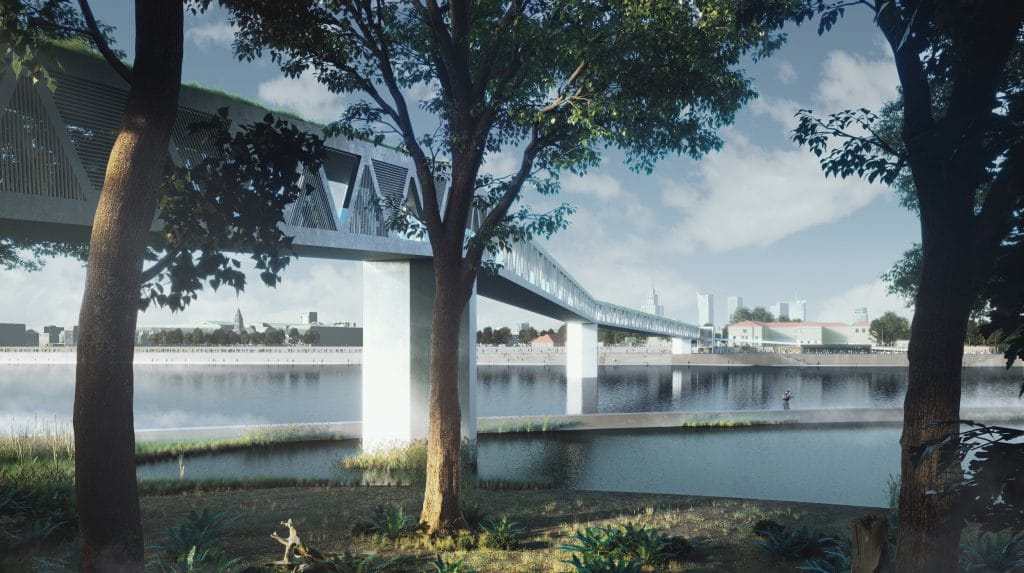 The concept for the pedestrian-cyclist bridge over Vistula River was created for the international architecture competition. It is based on the anti-smog solution that aims to provide better air conditions in the city.

[one-half-first]Due to its close location and lower range according to the Świętokrzyski Bridge, our team proposed a concept that will not appear as a landmark. The form of the bridge is plain horizontal with angled centre that works as a sightseeing spot with a direct view on the Warsaw’s Old Town. Contrasting the gentle shape of the project, the dynamic façade with variously angled details was designed.[/one-half-first]
[one-half]As the escalating problem of the smog in Warsaw has reached the dangerous level, our team came up with an idea of creating a bridge that would effortlessly clean the city’s air. To achieve it, the white paint with titanium dioxide was used to cover the façade material. Except reducing the smog and pollutions, it is UV light and corrosion resistant.[/one-half] 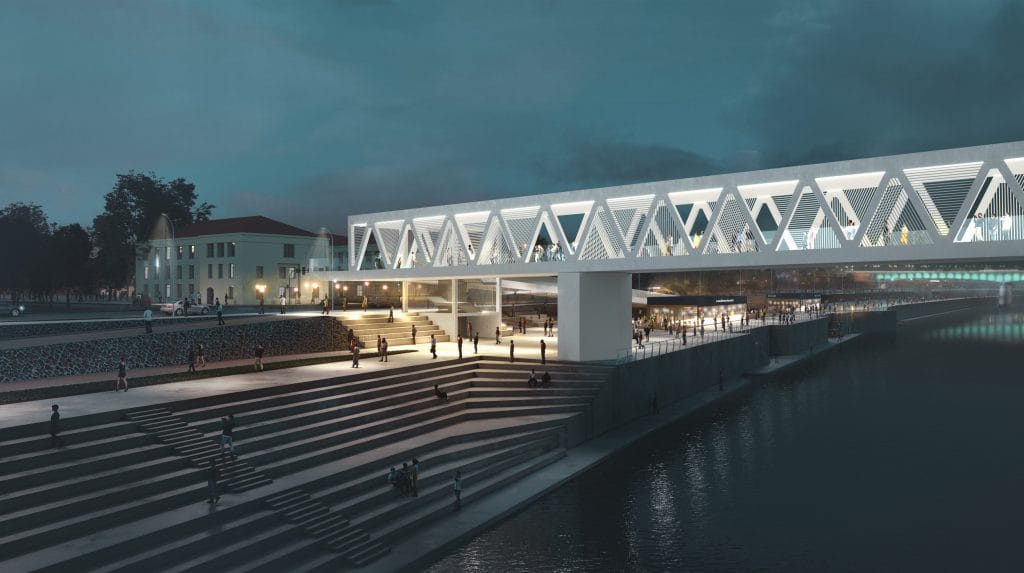 [one-half-first]To reinforce the cleansing functions roof was covered in moss and greenery that absorb polluted air, produces oxygen, increases the structure’s fire resistance and limits the roof heating during warm days. Moreover, it connects the green areas on the left bridge bank with the Greenery 2000 on the right bridge bank. One square meter of the green roof equals 79 trees .[/one-half-first]
[one-half]Both foot-bridge banks are adapted for use of disabled people. The left one is equipped in elevator and ramp that smoothly connects the bridge with existing cyclist and pedestrian paths. Right bridge bank connects the project with existing pedestrian-cyclist and recreation paths. The project on this site is an extension of Stefana Okrzei street.[/one-half]

The viewpoints for visualizations were selected mainly from the riverbanks and boulevards where we could catch the project from the most favourable and representative site. We present human and bird eye views to provide the best project representation.