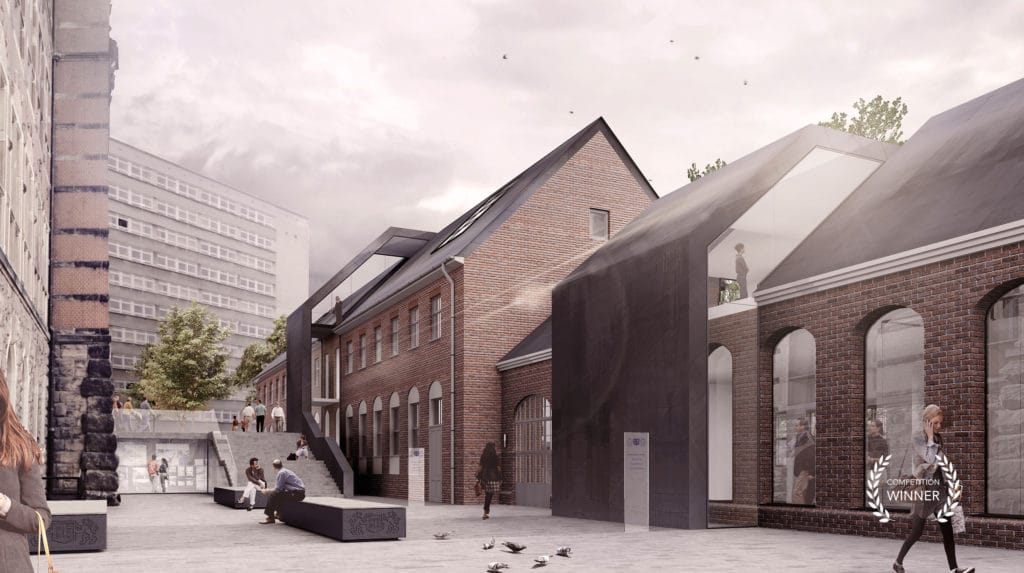 We are proud to announce that our architectural proposal as well as 3d visualizations  won the competition for historic building  adaptation on Gdańsk University of Technology campus.

Gdańsk University of Technology (Politechnika Gdańska, Poland) has announced competition results for Hydromechanic building. Proposed building is an example of contemporary expression for new functions in historic building, located in a conservation area. The project is the union of new and old structure dealing with design integrity.

[one-half-first]ELEMENT designed new set of spatial forms, in term to create fully functional volume in a place of unused attics. Along the elevation opposite the University Main Building new forms relate to the existing slope of the pitched roofs. It should be mentioned that the structures on the other side of the designed building elevation take the cubic[/one-half-first]
[one-half] form to obtain new attractive and usable areas. Simple forms of roofs are the background, which expose preserved historical pinnacles on the rooftops. Aim of designed interiors was to exhibit the most interesting historic structure, such as wooden and steel roof trusses.[/one-half] 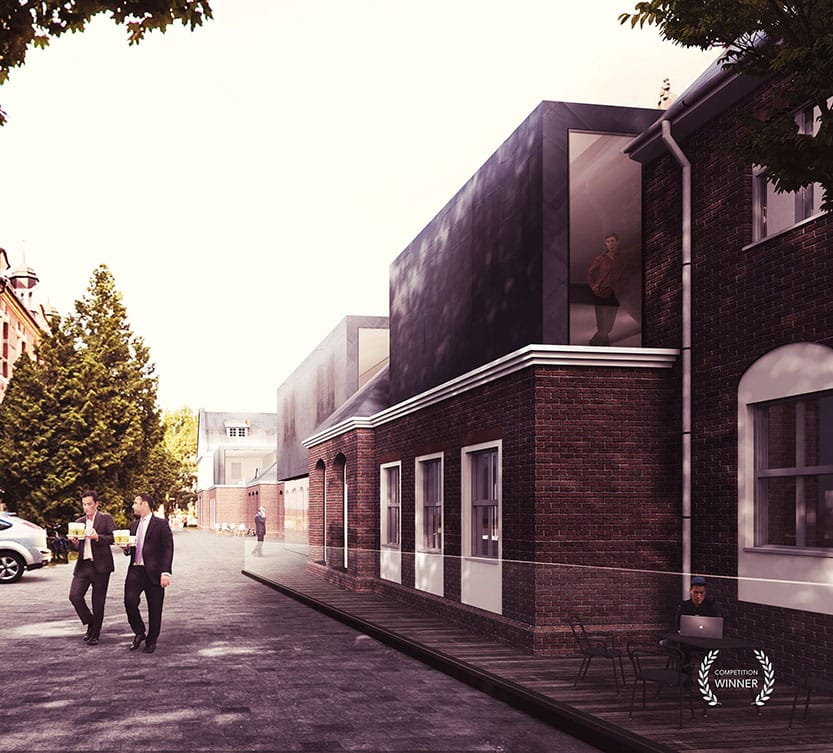 Alternatively, to suggested competition guidelines, architects proposed the link of two buildings using existing significant difference of a terrain levels without damaging the historic building facades. It ease to locate volume for transition between buildings, without unduly exposing its form and construction workload. Such a solution requires only one puncture in the historic wall of the University Main Building, which is now completely hidden under the ground. As result it just slightly infringes the structure and does not have influence on readability of the facade.

[one-half-first]In the ground floor of the new building we will find such functions as exhibition area for Museum of Technology, café, lecture and concert room, media library, press point and students space. The first floor is intended to art gallery,[/one-half-first]
[one-half]kitchen, VIP area and office space. Due to competition guidelines, the renovated Hydromechanic building will serve a possibility for meeting and exchange university professors and experts opinions and ideas.[/one-half]

– Architects adopted historic building in a very creative way. New forms, as a contrast, emphasize the historic nature of Hydromechanic building. At the same time is a clear signal for a recipient to deal with contemporary realization – claimed Jerzy Wolski.