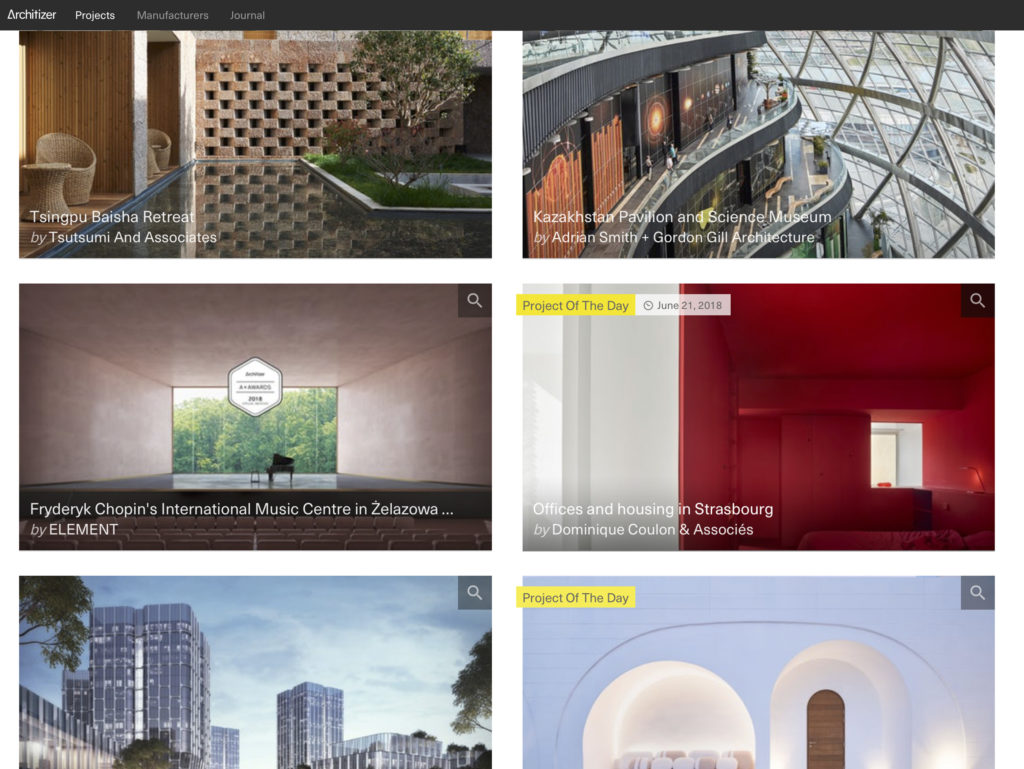 On 25thof July our project for Chopin International Music Centre appeared on the front page of Architizer Web! The concept was created for international architecture competition in Żelazowa Wola. The project is a architectural and urban proposition for Chopin International Music Centre in Żelazowa Wola. Refering to the picturesque scenery of the countryside the building was designed to blend into the nature.

The aim of the project was to integrate the whole building with the park by providing composition openings and view connections with the Fryderyk Chopin’s birth house. Façade of the building is half-divided into glazed plinth and solid top. The division refers to the tree structure where only transparency is provided by lower parts of the trees – trunks. 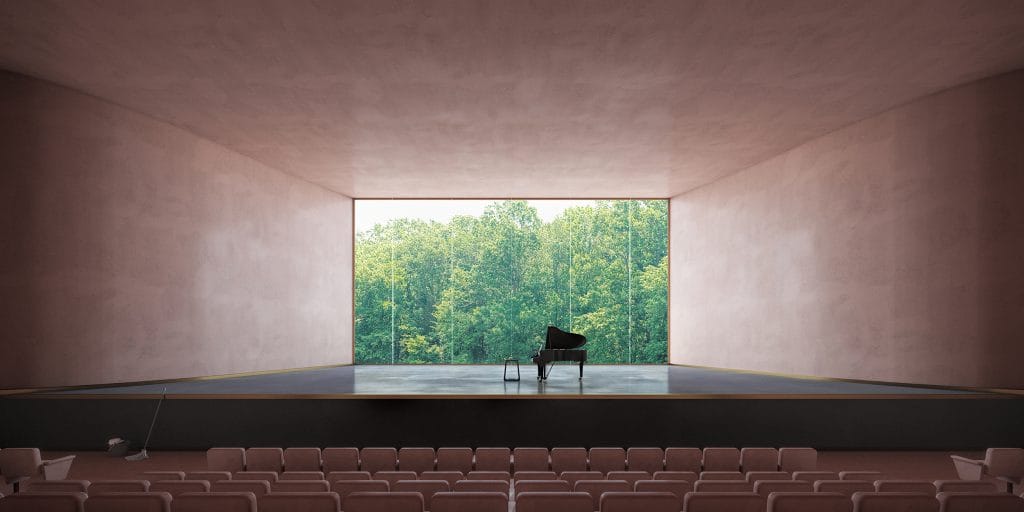 Natural material of the upper part of the façade refers to historical wooden Mazovia cottage architecture. Our team has interpreted the traditional gable roof in the modern way by placing the ridgepole diagonally. To avoid a dominant effect, whole Centre was divided physically and functionally into smaller three forms. All design solutions aim to create the building that would sink into the nature proving its leading role in the whole concept.

The views angles were set carefully to envision the idea of the project and present the building in the most favorable way. After taking a raw image in 3Ds Max using Corona Renderer, we move on to postproduction process. This provides us a full control under the final result of the visualization. In this project, the whole attention should be caught by the unique forest scenery that is corresponding with the building. To achieve natural county-side atmosphere, the scattering plugin – Forest Pack was used. In order to speed up the rendering process, the trees reflection in façade is achieved by setting the forest alike picture in the background. 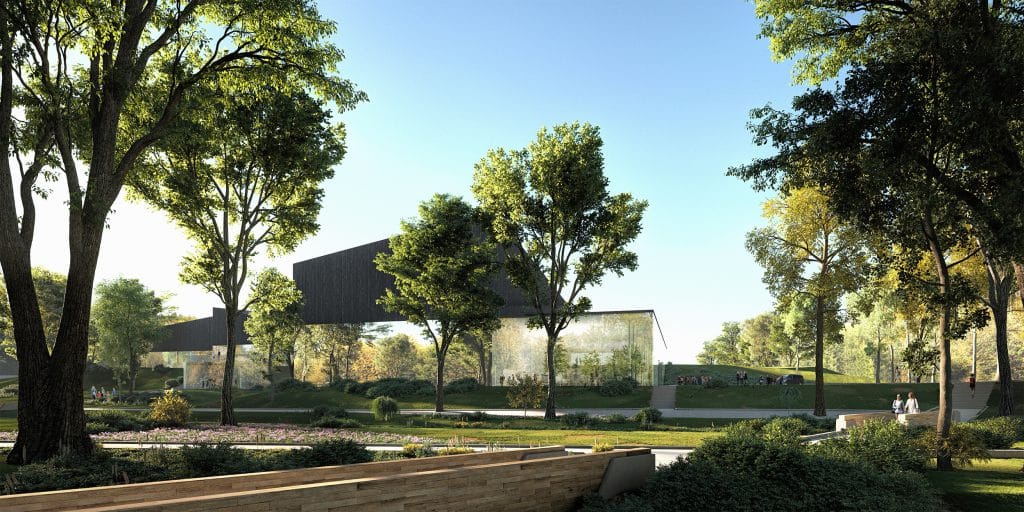 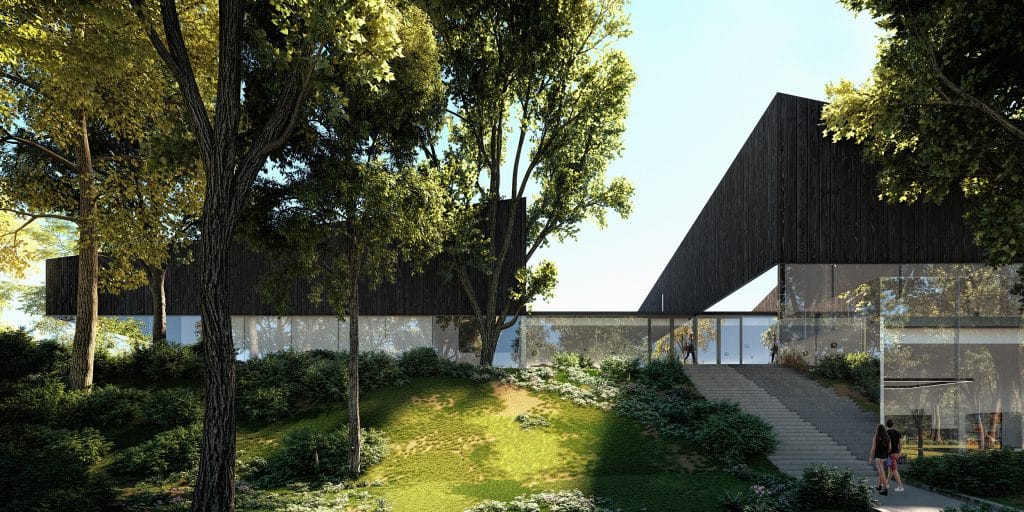 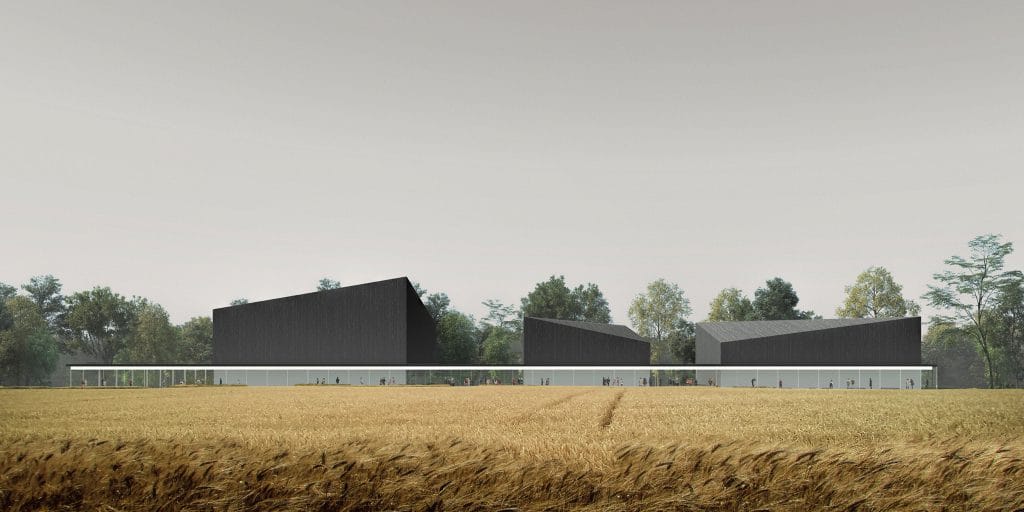